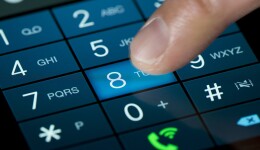 In response to a growing suicide epidemic across the U.S., the federal government is proposing a new national three-digit number like 911 that would connect callers with lifesaving resources in times of mental crisis.

The Federal Communications Commission (FCC) is recommending 988 to route callers to their closest crisis center. The number to use now is a traditional length, 1-800-273-8255(TALK).

"There is a suicide epidemic in this country, and it is disproportionately affecting at-risk populations, including our veterans and LGBTQ youth,” FCC Chairman Ajit Pai said in a statement. “Crisis call centers have been shown to save lives."

His statement came the same day as a reportsent to five congressional committees explaining why suicide crisis calls should not be funneled through 911.

"Calls to 911 average 2 minutes or less, and 911 call-takers focus on identifying the nature of the emergency and the caller's location to enable prompt dispatch of appropriate emergency response,” the report says. “Thus, the 911 system is not well suited to provide suicide-prevention counseling or to respond to calls that can be handled through conversation with a trained mental-health professional rather than dispatching first responders."

The FCC is launching the process to make 988 a reality and will collect public comment from all who are interested.

For expert tips to help feel your best, get AARP’s monthly Health newsletter.

Suicide rates rose up to 58 percent in some states from 1999 to 2016, and nearly 45,000 lives were lost from suicide in 2016 alone, according to the federal Centers for Disease Control and Prevention (CDC).

"More than 20 veterans die by suicide every day and between 2008 and 2016, there were more than 6,000 veteran suicides each year,” the FCC report says. “According to the CDC, LGBTQ youth contemplate suicide at a rate almost three times higher than heterosexual youth, and more than 500,000 LGBTQ youth will attempt suicide this year."

In 2017, suicide was the 10th leading cause of death in nationwide; 47,173 people took their own lives that year, said a CDC report in released in June.

In 2016, the suicide rate was 1.5 times greater for veterans than other adults, according to the Department of Veterans Affairs.

"In the meantime, my heart goes out to anyone facing a crisis. I hope they will contact 1-800-273-TALK for support today,” Pai said.

Air Force sergeant killed himself on the steps of Lincoln Memorial